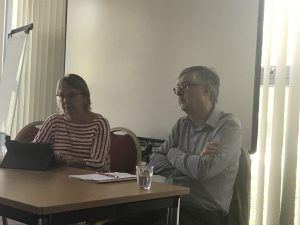 Cardiff West CLP was pleased to host an inaugural ‘Political Saturday’ on May 19th, coinciding with a beautiful sunny Saturday and some other events…

Our first speakers were Helen Birtwistle, Director of Wales for Europe, and our AM Mark Drakeford, Cabinet Secretary for Finance in Welsh Government, who talked to us about all things Brexit, answering questions and facilitating discussion. 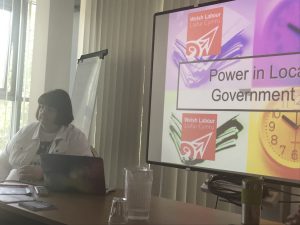 Our second speaker was Cllr Debbie Wilcox (first female leader of both Newport Council and the Welsh Local Government Association) who kicked up a storm with her forthright and very funny insights into the challenges of delivering a socialist vision in an era of austerity, alongside giving members an insight into the intricacies of being a councillor, particularly around the abuse she has suffered on social media. 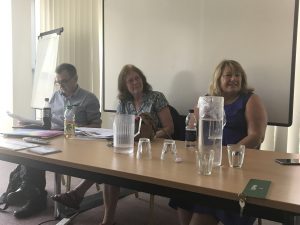 Members were then treated to three experts for the price of one, as Julie Morgan AM was joined by Jonathan Evans and Jan Pickes to discuss the removal of the defence of reasonable chastisement and standing up for children’s rights, part of the Welsh Government’s 2016 manifesto. 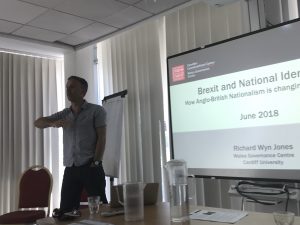 Our day concluded with a fiery presentation from Professor Richard Wyn Jones of Cardiff University’s Wale Governance Centre, who raised more than a few eyebrows with his analysis of the links between national identity (Britishness, Welshness and Englishness) and the links to attitudes to the European Union.

Thanks to members from Cardiff West, North and Central CLPs who attended, alongside our AM Mark and our MP Kevin who supported the event throughout the day- stay tuned for more such events in the near future!