Your AM, Mark Drakeford and MP, Kevin Brennan represent Cardiff West. Below you can find out more about them and their work in the community over many years. 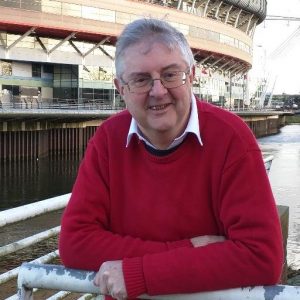 Mark was born and brought up in west Wales before moving to Cardiff more than 30 years ago. Since then he has lived in the Pontcanna area of Cardiff. A former probation officer, youth justice worker and Barnardos project leader in Ely and Caerau, he has been a professor of Social Policy and Applied Social Sciences at Cardiff University. Mark has also taught previously at Swansea University.

In the 1980s and 1990s Mark was a Labour Councillor on South Glamorgan County Council, specialising in education issues, including Welsh medium education. Between 2000 and 2010 he worked as the Cabinet’s health and social policy adviser at the Welsh Government, and was latterly head of the First Minister’s political office. He has a 30 year knowledge of the Cardiff West constituency.

Mark was re-elected as the Assembly Member for Cardiff West in May 2016. Shortly after the new Government was formed, he was appointed Cabinet Secretary for Finance and Local Government. 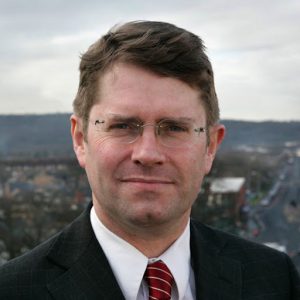 Kevin Brennan was elected to Parliament in June 2001, succeeding the Rt Hon Rhodri Morgan who had represented Cardiff West since June 1987.

Kevin worked as Mr Morgan’s constituency-based researcher from 1995, acting as his agent and Campaign Manager in the 1999 and 2000 Welsh Labour leadership contests. From March 2000 until May 2001, Kevin acted as Rhodri Morgan’s Special Advisor at the Welsh Assembly.

Kevin was born in Cwmbran, South Wales, on 16 October 1959. He was educated at St Alban’s Roman Catholic Comprehensive School in Pontypool, before going up to Pembroke College, Oxford, where he took a BA in Philosophy, Politics and Economics. After graduating, Kevin took a Post Graduate Certificate in Education at the University of Wales, Cardiff, and then a Msc. in Education and Management at the University of Glamorgan.

Kevin was the Chairman and founding member of the All Party Parliamentary Group on Muscular Dystrophy. The Group aims to bring together Parliamentarians, scientists, and muscular dystrophy charities and campaigners in an attempt to raise public awareness of muscular dystrophy and actively find a cure for all forms of dystrophy. He was named epolitix Disability Charity Champion 2005 for his work on Muscular Dystrophy.

In 2009 Mr Brennan was appointed as the Minister of State for FE, Skills, Apprenticeships and Consumer Affairs. Following the 2010 General Election Kevin continued this role in a Shadow Cabinet capacity before becoming Shadow Minister for Schools under Ed Milliband.

Following the Labour Party’s leadership election in 2015, Jeremy Corbyn appointed Mr Brennan to the role of Shadow Minister for Trade, Investment, and Intellectual Property. In 2016 he was then appointed Shadow Minister for Arts & Heritage with extra responsibilities as the Deputy Shadow Secretary of State for the Department for Culture, Media & Sport.

Kevin lives in Cardiff West and is married with a daughter.